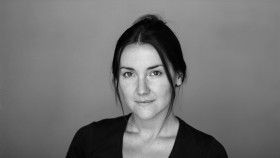 I am a bilingual French voice actress and VO artist. Originally from France, I have trained as an actress in Lyon before attending the Royal Conservatoire of Scotland (formerly RSAMD). I have a lot of experience in dubbing/lip-sync and I have worked on films and TV shows such as "The Bletchley Circle: San Francisco" (available on Netflix), "Light as a Feather" (Hulu), "Accused" (BBC), and more recently "Ip Man 4: The Finale" that was released in French cinemas last July. In ADR, I have worked on shows such as "Outlander" (Starz), "The Collection" (Amazon Prime) and "World on Fire" (BBC). I have also experience narrating audiobooks, voicing corporate videos, travel guides, adverts, e-learning... both in English and in French.