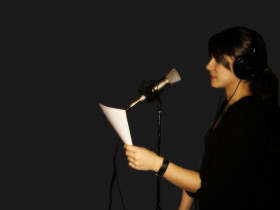 Being a professional voiceover artist since 2010, I have been the voice of Apple IVR for Turkey since 2013. I am a well known voice in Turkey not only for voiceover jobs, but as a TV journalist as well. I have worked as the only female sports commentator of Eurosport Turkey from 2006 to 2015. Now based in London, I work as the London Correspondent for BloombergHT. Worked for: Apple Turkey, Microsoft, Metro, Goodyear, Bayer, Panasonic, Dow Chemicals, Nutreco, Sanofi, Kaspersky, Momondo, Bticino, League of Legends Video Game, Anadolu Health Group, Abbvie, Schneider Electric, Hasbro, BMW.