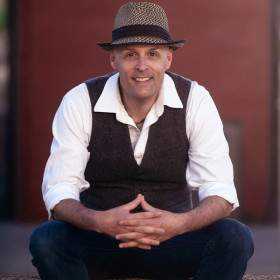 Darren Roebuck has been a full time voice actor since 2013, and an audio producer since 1991. He has a broad acting range and has been in dozens of video games including Five Nights at Freddy's and Brawl Stars, has produced over 30 audiobooks, and his hundreds of commercial clients include Marriott, Skechers, John Deere, and the American Society of Mechanical Engineers. He has a broadcast quality home studio.