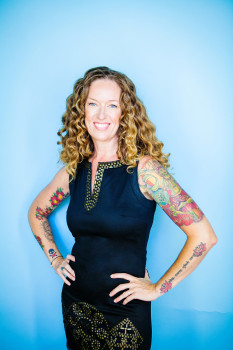 I am a Voice Arts Awards Nominated Female Voice Actor specializing in Commercial, Narration, and Corporate training videos. I started my career at the ripe old age of two in Dublin, when I starred in a commercial for Super Mac's, Ireland’s version of McDonald’s. I was in it for the ice cream. Little did I know that many years later, I'd still be working in the same field. I have a BFA Honours degree in Acting from York University and have spent most of my life on stage and sets prancing about in fancy costumes. I made the leap into full time VO about ten years ago when I decided that dressing up for work was overrated. I have had the privilege of Voicing for some of the biggest brands in the world and I don't plan on stopping any time soon. Watch this space…