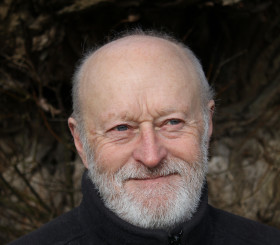 Trained at Guildhall School of Music & Drama and has been a professional actor for over 40 years. He has played major roles at the National Theatre, the Royal Court, and the West End of London. Over the years he has worked with many great actors and directors. During his career, James has worked extensively on Radio, television and film. He has narrated many audio books and provided voice-overs for the Central Office for Information, advertisements and computer games.