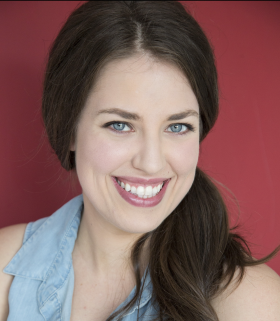 Hello! My name is Janelle DeJohn. I have been acting and singing since I was 7 years old. It all started when 7 year old me told the entire 2nd grade I was going to be a spice girl for career day. Then I belted "2 become 1" on the amp I brought from home. I was hooked. I pursued performing in College and received a Bachelors degree from Oklahoma City University in Music Theatre. Since then, I have been acting and singing on camera and in various theaters around the country. I am originally from the Lone Star State but I currently reside in Los Angeles where I mainly focus on film and commercial work.