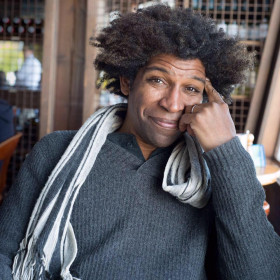 Everyone needs a little bit of Jason in their lives and in their voice project. Jason is a Meisner trained actor who studied the art of voiceover with GRAVY FOR THE BRAIN and through personal coaching from award-winning voiceover talent ELLEY-RAY HENNESSY. His voice has been described as “audible velvet,” “hypnotic,” and simply “a gift.” Your voice matters and Jason has the chops, the imagination and the professionalism to lift your words from the page and bring them to life to truly make your project, your image and your brand truly stand out. Jason is a spectacular fungasm of creativity. His creative impulses range from acting to photography to rocking out with a popular Jimi Hendrix tribute band. Favorite film and stage credits include IF I HAD A HAMMER, directed by Josh Becker, A MIDSUMMER NIGHTS DREAM with PENDULUM THEATER COMPANY, and PARADISE LOST for NEXT STAGE COMPANY. Theatrical studies include WILLIAM ESPER STUDIO, THE ACTORS’ MOVEMENT STUDIO, and MASK with PIERRE LEFEVRE. In previous lives, Jason was a licensed investment specialist, a notary public, a food service trainer, and studied Political Science at Rutgers’ University.  If that isn’t enough his blood type is B POSITIVE—just like his outlook on life.      Jason's voice is well suited for: TV Commercials Radio Commercials Narrations Corporate Videos Explainer Videos Whiteboard Animations Documentaries eLearning Training High Energy VO IVR Phone Messages