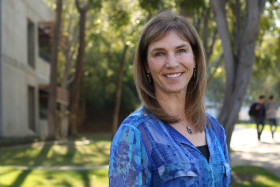 Back in 2009, Margie decided to take her love of the theatre and acting and embarked on learning all she could about Voice Over and Voice Acting. Raising a family and running her own business provided her the time and ability to take classes from a local Voice Over instructor that had moved from Los Angeles to her small central coast community. During that time she dabbled mostly in story telling for web casts and until recently pursued Voice Acting only as a hobby. Now that the kids are grown and gone, Margie has found VO to be the creative outlet she has been dreaming of! She completed the second book in a three book series for an author out of Wales, UK (which allows her to utilize her love of talking in accents). She’s starting up acting classes to help fine-tune her craft and continues to audition and pursue commercial work.