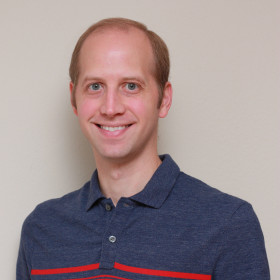 This Hammer always nails it. Michael found his voice early and used it often – a recurring theme on his report cards was “Michael talks too much”. He found a niche in choir which taught him tons about vocal work and performance. It also gave him an undying love of showtunes. A nerd at heart, Michael’s interest in math and science led him to a degree in Meteorology. Coupled with his love for performing, he had an extended stint as a broadcast meteorologist. It also led him into the world of software where his charismatic presentation style made advanced scientific concepts accessible to end users. Now, you can put that voice to work for you. Whether it’s the friendly next-door neighbor, the reassuring teacher, or even the classic announcer, Michael is ready to meet your needs.