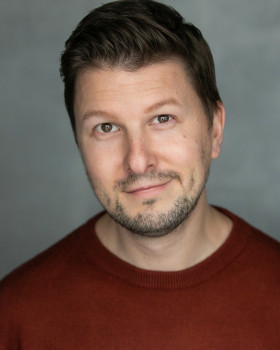 I trained at Italia Conti Drama School and have worked in TV, Film, Voiceover and on stage for the past 15 years. I run my own comic theatre company, Last Chance Saloon, and have performed at the Edinburgh Fringe Festival four times, selling out shows, receiving 5 star reviews and being nominated for Edinburgh Comedy Awards. I've also appeared in and voiced numerous commercials for the likes of KFC, Nintendo, BBC and Mercedes Benz.