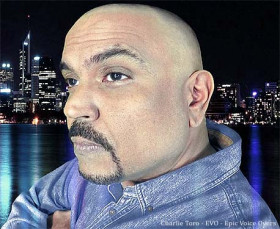 Born in Queens, NY and currently residing in Melbourne, Florida. Fronted my own rock band from 1990 to 1993. Club owners from all over Florida would use my voice during sound checks to record scripts for upcoming shows. I didn't know they were using my voice as advertisements on the radio until many years later. I never knew what voice over was or even knew that you can have a career in Voice Acting until the year 2000. I started honing my Voice Over skills in 2002 and began my career in 2008 and the rest is history 😉