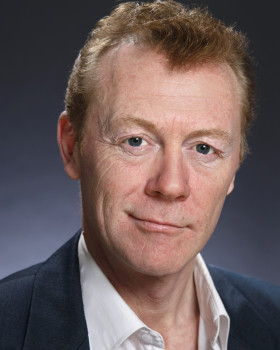 Through my career I hvae played everything from Shaw to Shakespeare and Pinter to Panto including Polonius in Hamlet and Bottom in Midsummer nights dream for The Really Short Theater Company. A regular on the Panto circuit I have played parts as diverse as Abanaazar in Aladdin to an ugly sister in Cinderella and Mr Wolf in Little red riding hood. At Edinburgh in 2013 and later on tour I gave a critically acclaimed performance as Richard Burton in The Liz and Dick Show. I was also of the founding members of The Cheshire Actors Studio.

Ball Boys by David Edgar as One Eye

Hamlet by William Shakespear as Polonius

This be the verse by Philip Larkin